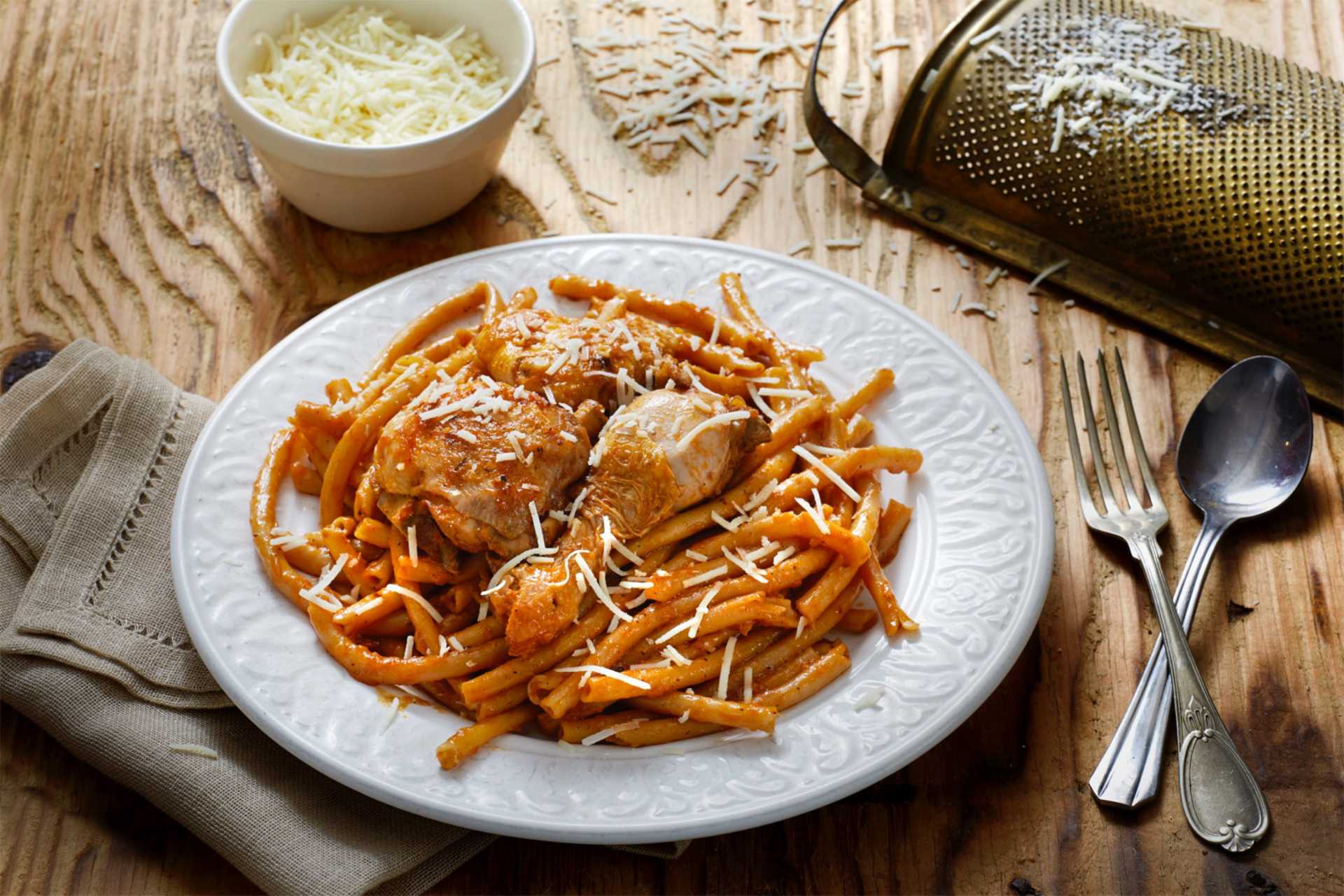 Corfiot pastitsada is probably the most popular dish in the island. This recipe is made until today in the region of Verona and its original name was pastissada or Pastissáda de cavál, because people made it with horse meat. Every corfiot housewife has her own recipe but I shall provide you with an original corfiot pastitsada recipe, a traditional housewife once gave me.

The tomato sauce here is aromatic, with the use of cloves, allspice and cinnamon figuring prominent. In Corfu, you can buy a pre-made blend of spices called Spetseriko and it was originally sold at pharmacies for medicinal uses. Today, many small grocers sell this blend which can contain up to nine spices (cloves, allspice, cinnamon, black pepper, paprika, bay, nutmeg, cumin). I recommend that you use such a blend; trust me you will make the best pastitsada!

INSTRUCTIONS
1. Season your rooster pieces with salt and pepper and heat the olive oil and butter over medium-high heat and light brown on both sides, reserve.

2. Into the same pot, add your onions, garlic, cloves, allspice and sweat for 10 minutes. Add the tomato paste, stir in and cook for 2 minutes.

3. Deglaze your pot with wine. Add your rooster pieces back into the pot, adjust seasoning with salt and pepper and cover. Simmer on medium-low on your stove-top or in a pre-heated 235F oven and braise for 90 minutes.

4. Uncover and reduce for another 15 minutes to thicken the sauce. Set the sauce aside while you boil your pasta. Remove the meat and toss the sauce in the pasta until well coated. Divide and plate and serve with a piece of meat and grated Kefalotyri cheese.

One world on a single island
Plan your holidays in Corfu and discover the island through the most popular destinations based on various holiday accommodation types.